People born between November 23 and December 21 are called "Owls". They are influenced by the fire element (Power, activity, creativity, will, deeds) and they are ruled by the Western wind (feeling, perception, empathy). An owl is a symbol of enlightenment and knowledge both in the European and in the Indian culture. An owl was a herald of life wisdom and deep truth. It was an envoy of the Creator.

People born in the totem of Owl unceasingly long for higher ideals. They try to find answers to various questions and they take various approaches and points of view. It is important that they do it not only for themselves but for the others too. This characteristics may seem a bit exaggerated. It is rather a prototype of an ideal Owl. An Owl should be like that. The truth is that nobody is perfect and neither are Owls. However, they sometimes think so.

That is why they are sometimes considered conceited and arrogant. Furthermore, if they are convinced that only their opinion is the right one it is difficult to discuss with them. Only an authority that they recognize can open them new horizons and points of view. However, this applies only in a case of fundamental matters. In other cases they are open to any debate or discussion. They like taking long talks about any topic. This reflects in their everyday life too. They rather discuss every issue with all stakeholders and they try to find the best solution that would satisfy everybody. All Owls should learn this procedure. They should learn to listen to and accept opinions not only of recognized experts. Even Owls that seem idle can show unexpected initiative. Owls act fairly.

They have a sense of honour and they act openly. They look at the world optimistically and they get on well with life – maybe thanks to their ability to solve problems promptly and effectively. If they solve them at the very beginning they do not need to occupy themselves with them later. They stand out with their incessant activity. They have a lot of hobbies and interests and they approach work with full dedication. If you try to tie their wings they will either fly away or suffer from boredom and idleness and they will wither. Their partner should be aware of that.

Chinese zodiac
Chinese astrology recognizes five elements, each of which having its own meaning.
more...
Read our blog:

The most tested signsFrom time to time, each of us pulls the short straw, and gets into slight adversity. There is nothing wrong with that in itself. That’s the way life is, sometimes we are up and other times we are down. Do you sometimes feel that bad thing happens to you more often?
Zen card Discover the hidden wisdom of Zen's thoughts.

Numerology of your name Every letter of your name is shaping your reality. Tarot - New Love Tarot reading for newly established relationships. 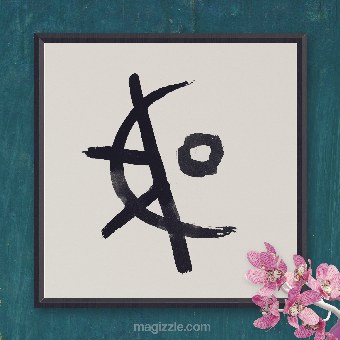